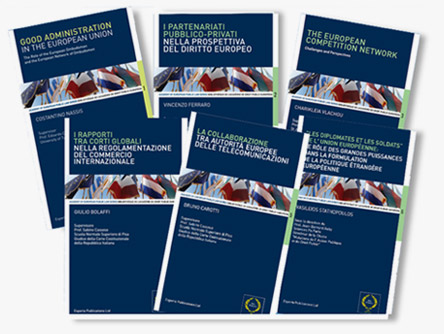 Administrative sanctions are an important tool to which Member States and EU institutions recur in order to enforce EU law. The research focuses on sanctions imposed 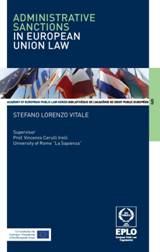 This research first examines the evolution of sanctioning powers within the Communities (now the European Union) and the current legal framework, addressing the balance of competences between Mem¬ber States and EU institutions. It then defines the nature and scope of EU sanctions while an overview of the main substantial principles related to the protection of fundamental rights in sanctioning proceedings and to the principle of effective judicial protection, each of them addressing the convergences or tensions between the case law of the Court of Justice and that of the Euro¬pean Court of Human Rights, follows. In conclusion, the analysis conducted shows that administrative sanctions are a central aspect of the EU integration process.

Recently, the adoption of the new Hungarian Constitution and subsequent legislative changes concerning the organization of the judiciary triggered a critical international echo. In particular, the accordance of the new rules for judicial organization with the fundamental European principle of rule of law was questioned. Given this background the present study assesses how the common European values enshrined in the Treaties could be translated into minimum standards to which EU Member States from Central and Eastern Europe are bound during their ongoing judicial reforms. The study discusses the possibilities of identifying common minimum standards for judicial organization by refining the liberal-democratic normative framework for judicial organization for new EU Member States and applying it to the context of Hungary. Within the analysis special attention is paid to measures affecting case management.

The research concerns the recent constitutional amendment to Art. 81 of the Italian Constitution, with specific regard to 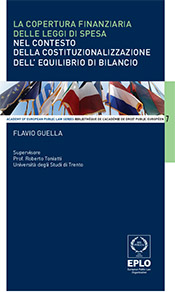 the effects of the reform on the Parliamentary acts’ funding clauses. The 2012 reform of Art. 81 both consolidates some Constitutional Court constructions on statutes’ fiscal clauses, as well as shatters some of the juridical foundations of the traditional approach to legislative financial coverage. Indeed, the historical analysis in the first part of the research underlines the synergy between the “formal” nature of the budget approved by the Parliament and the old interpretation of Art. 81, c. 4; as a consequence, the conclusions underline how much the constitutional law n. 1/2012 – introducing a “substantive” budget – indirectly could affect also the traditional approach to statutes’ financial clauses. The author holds a PhD in European and comparative legal studies and is post-doc scholar at the University of Trento, working mainly in the fields of regional law and public finance regulation. 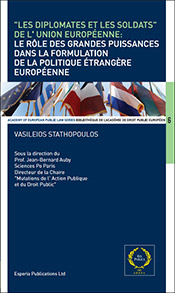 This thesis deals, first, with the main axes of the national strategies of each of the powers that form “the triangle of security” within the framework of the ESDP. Second, the analysis focuses on the complex and unprecedented nature of the ESDP, studying the specific and unique processes prevailing during its gestation period, its birth and first stages.
A series of the main hypotheses deriving from these considerations follow, whereas at the end, the author tries to reveal the state reservations and the ulterior motives of power in this strategic European project, which proves to produce a multiplying effect in the powers’ service rather than a substitute to their national sovereignty. 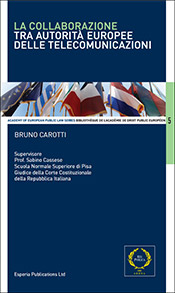 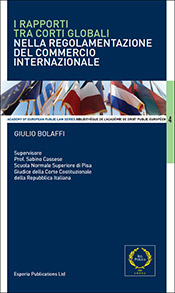 The thesis is divided into three chapters entitled: “I rapporti tra corti globali: chi decide del commercio internazionale?”, “I rapporti tra l’OMC e gli ordinamenti regionali: I casi del NAFTA e del MERCOSUR”, “Il dialogo tra le corti e lo sviluppo del diritto globale”, and it includes a separate section on Conclusions.
The first chapter deals with the horizontal relations between the judicial organs of WTO and those of other global instruments. The second analyses the relationships between the Dispute Settlement Mechanism of the WTO and the regional courts, whereas the third studies the effects produced by the dialogue between the supra-state courts on the evolution of the international law for guaranteeing a new global order between the global instruments.
Finally, the Conclusions are devoted to identifying the main challenges facing the future of the relations between the supra-state commercial courts and the solutions for ensuring the best collaboration among the different existing instruments.

No. 3, Charikleia Vlachou: The European Competition Network – Challenges and Perspectives (2010). 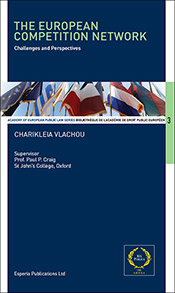 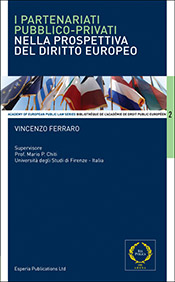 In five chapters, the author treats subjects such as:
Public-Private Partnerships from the Perspective of EU Law;
Local Public Service in accordance with the Community Principles and from the Perspective of the Italian Law;
Regulations in Local Public Services and Models of Management and Protection of Competition;
The Role of the Autorità Garante della Concorrenza e del Mercato and the Integrated Water Service;
In Chapter 5 the author gives his final conclusions on the subject. An extended bibliography is provided at the end of the book. 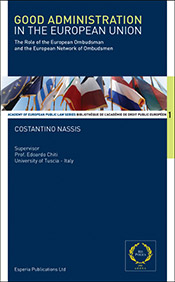 This work consists of four parts. The first chapter examines the Scandinavian origins of the Ombudsman, focusing especially on the Danish experience, given that the Danish Ombudsman can be considered the forefather of the European Ombudsman. The (not easy) birth-process of the EO is also considered and some further observations are made about the future development of the administrative law in respect to the Ombudsman’s role.
The second chapter displays the legal basis of the EO’s work and the controversial topic of his “jurisdiction”. Deep consideration is also given to the EO’s proceedings and their possible outcomes.
The third chapter describes and discusses the EO’s active role to enhancing the respect of human rights in the European Union landscape and promoting the fundamental right to good administration (which is not exactly coincident with the notion of legality) in Europe.
The last part of this work deals with the rising “European Network of Ombudsmen”. This network, even though still a work-in-progress, represents an interesting organizational model to ensure the application of EU law and the respect of rights under EU law. 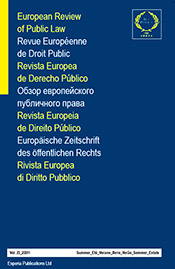 The “Academy of European Public Law Series” is a special edition of the “European Review of Public Law” (ERPL). The ERPL is a quarterly publication with more than 1500 pages yearly that was established in 1989 to create an international forum for analysis and discussion of issues in the development of constitutional and administrative law in Europe.

The ERPL examines a wide range of issues that relate to the European Union, the European Convention on Human Rights, the national public law and practices as well to their mutual interaction and influence. In addition, the Review covers other jurisdictions that interplay with the European Public Law systems and/or offer relevant comparative insights.

To chronicle the evolution of national public law in the enlarged geopolitical area of Europe, the Review presents, in each issue, recent developments in domestic legal order which are summarized and analyzed by authorities in the field.

The ERPL devotes one issue per year to the annual Conference of the “European Group of Public Law” which meets annually to discuss a particular public law issue of contemporary importance, with high-quality contributions providing a European as well as an international perspective. The ERPL is committed to linguistic diversity and accepts submissions in seven languages: English, French, Spanish, Russian, Portuguese, German and Italian. 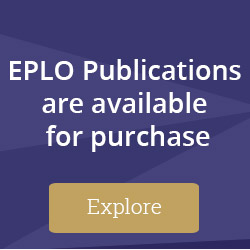